A video, some Flowers, a Finish and another swap joined!

First up I must tell you about this amazing video which I found on a blog I follow, do drop into My Bearpaw and go to the post for 31st May. I found the video very moving and quite amazing to watch.
I thought I would start my day with a little practice at using my camera and try to take some close up shots of the beautiful blooms in our garden, first lesson was I should have done this yesterday while the sun was shining but... you live and learn as they say, and I thought they looked quite lovely with raindrops on the petals, so this is what I took. First up are the Iris's growing in the pond (my Mum is named for this flower!) 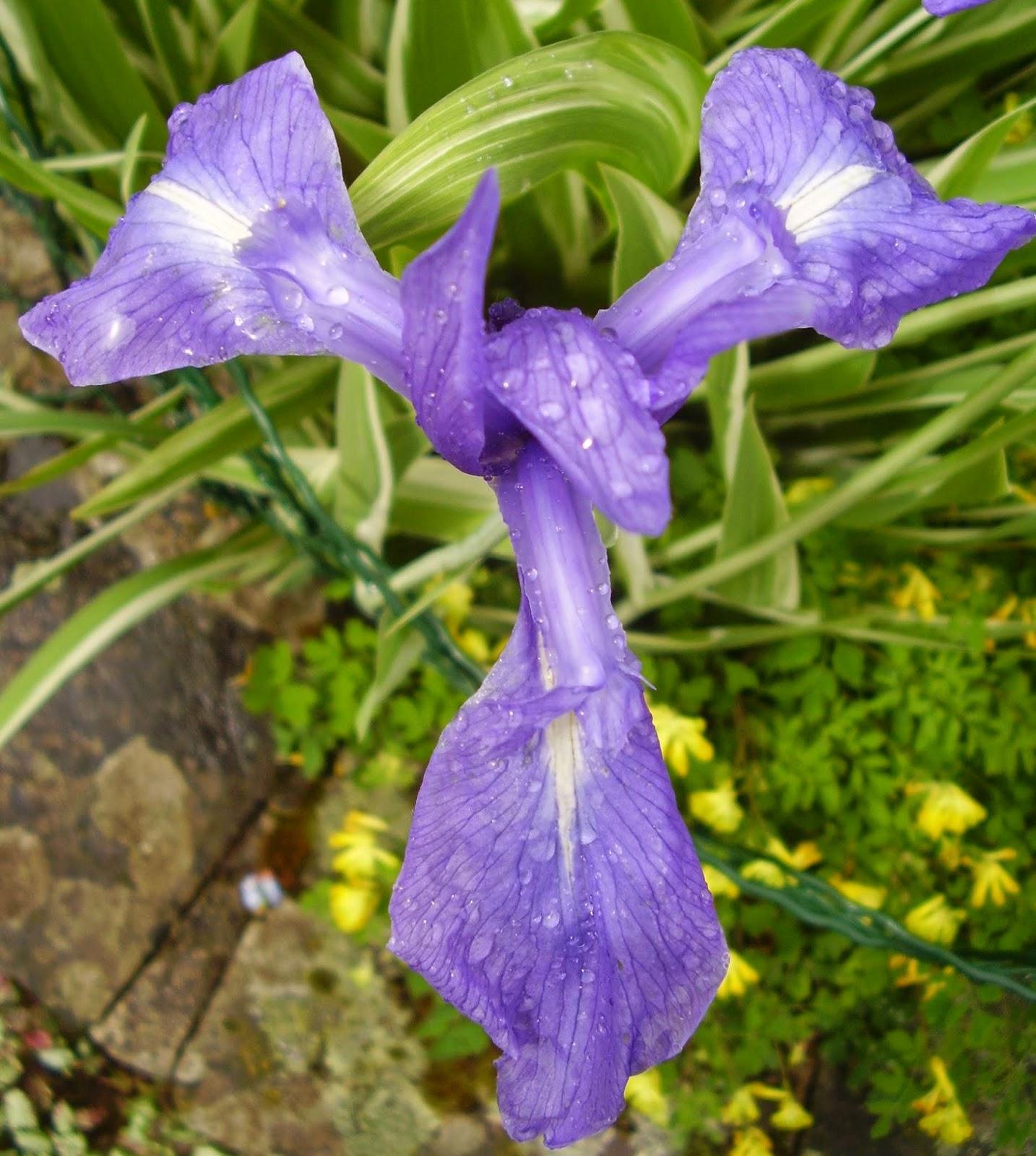 Next are Clematis, these plants were freebies from a magazine. Instructions were to keep them in the warm till summer so into the greenhouse they went, but it looked like they would not survive being only around 3" high so.. after a while DH decided to plant them out and let them take their chances. That was 2 years ago, then suddenly last year we saw some small (very small )shoots and then they just took off, we only lost one (to a severe frost I think) and this year they are flowering beautifully 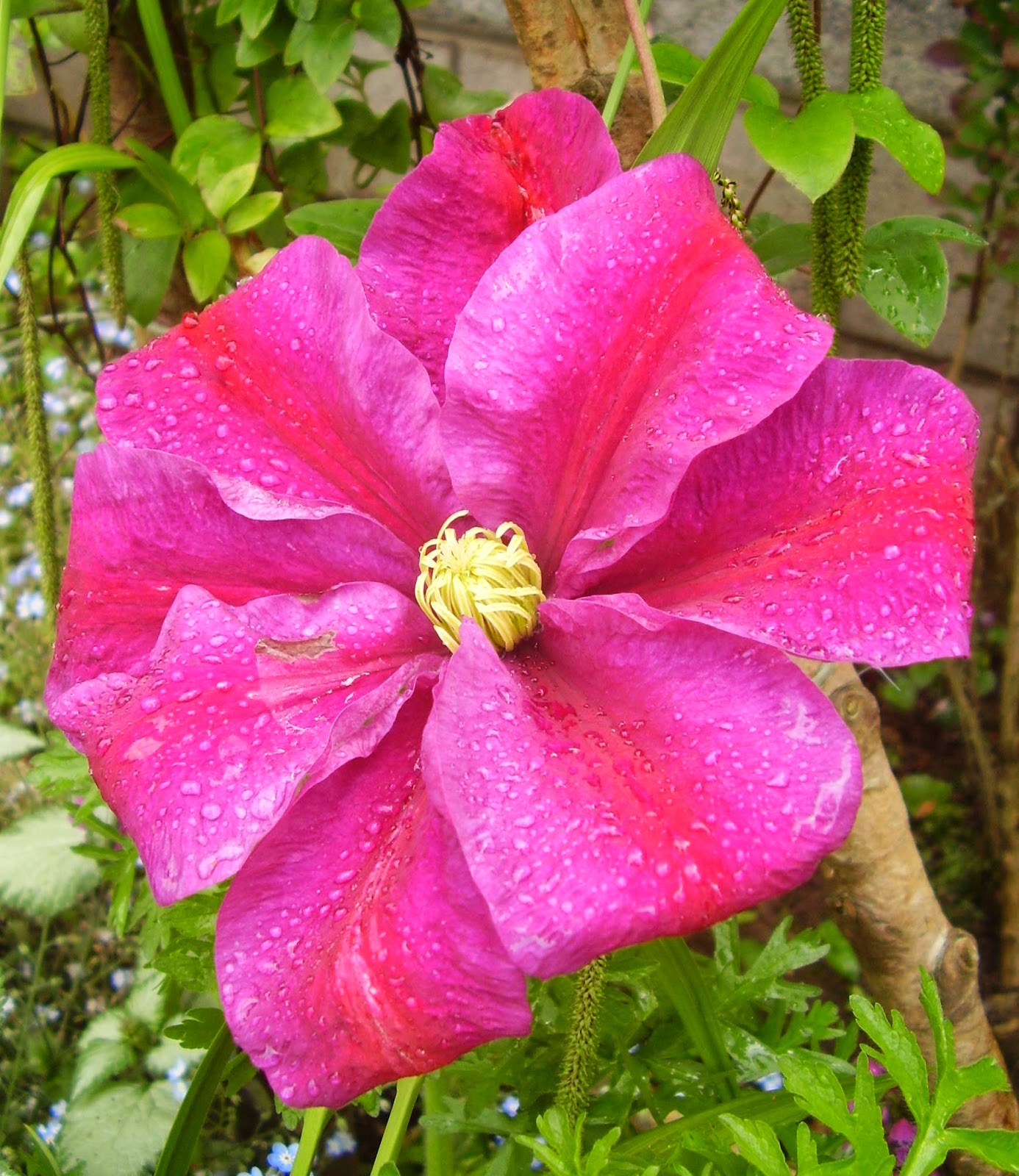 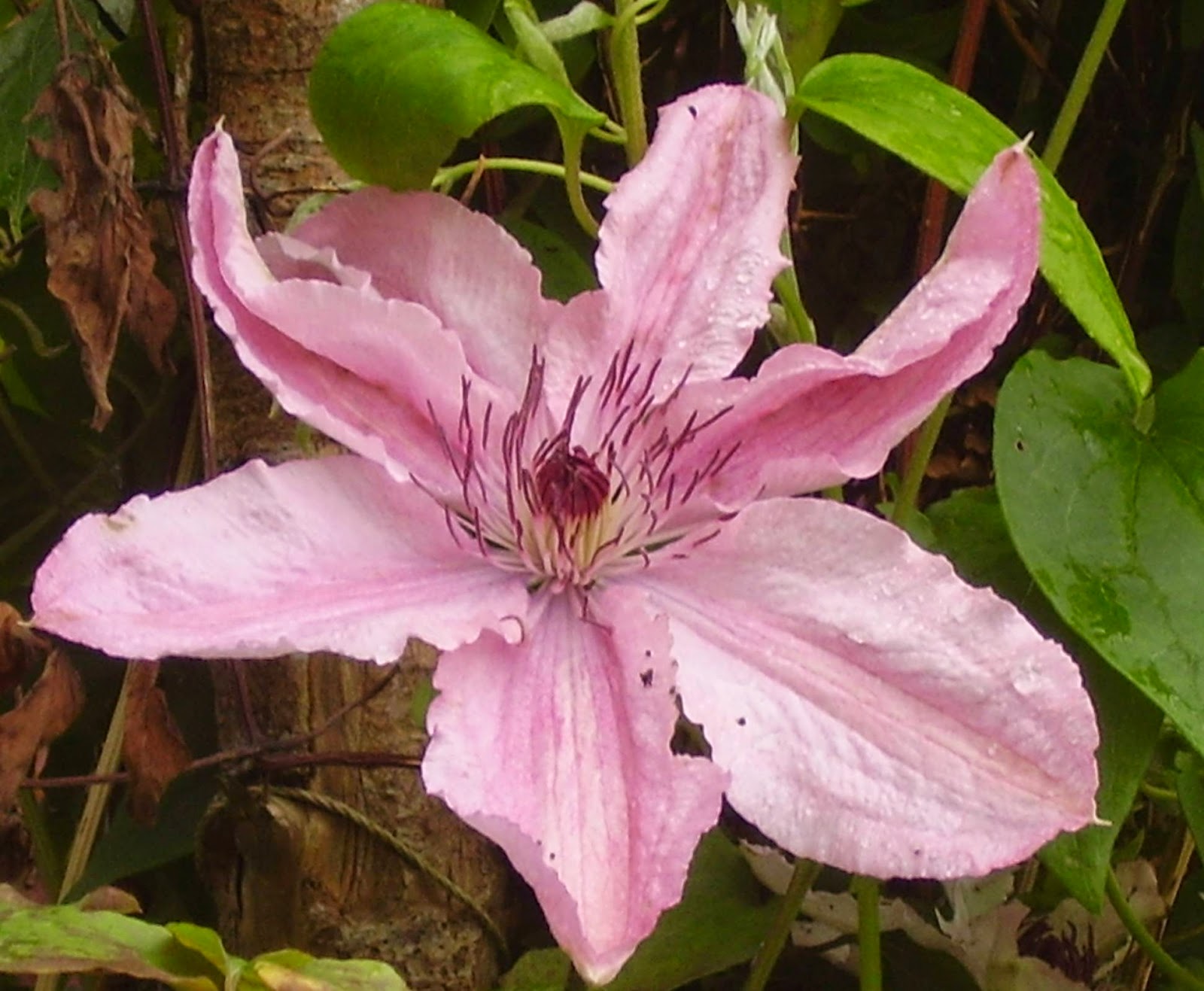 There is another one but that is a later flowering one so we will not see flowers till around August/September. I also took some close ups of the Dianthus which DH rescued last year from our neighbour, who having bought them forgot to plant them out, & then thinking they were dead (she forgot to water them as well!!!) was going to put them in the bin, well DH popped them in a planter and Lo & Behold they revived and now look like this... 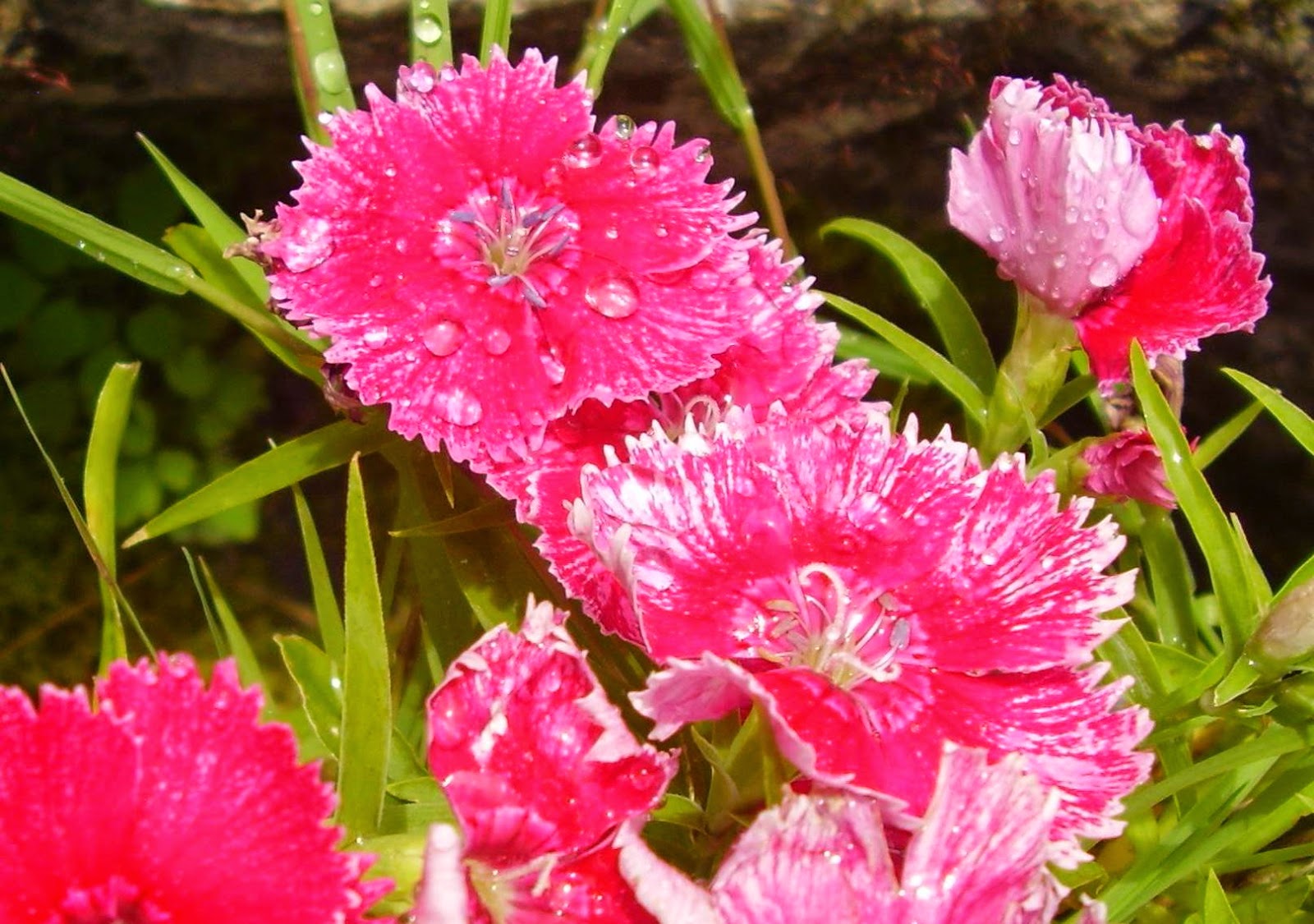 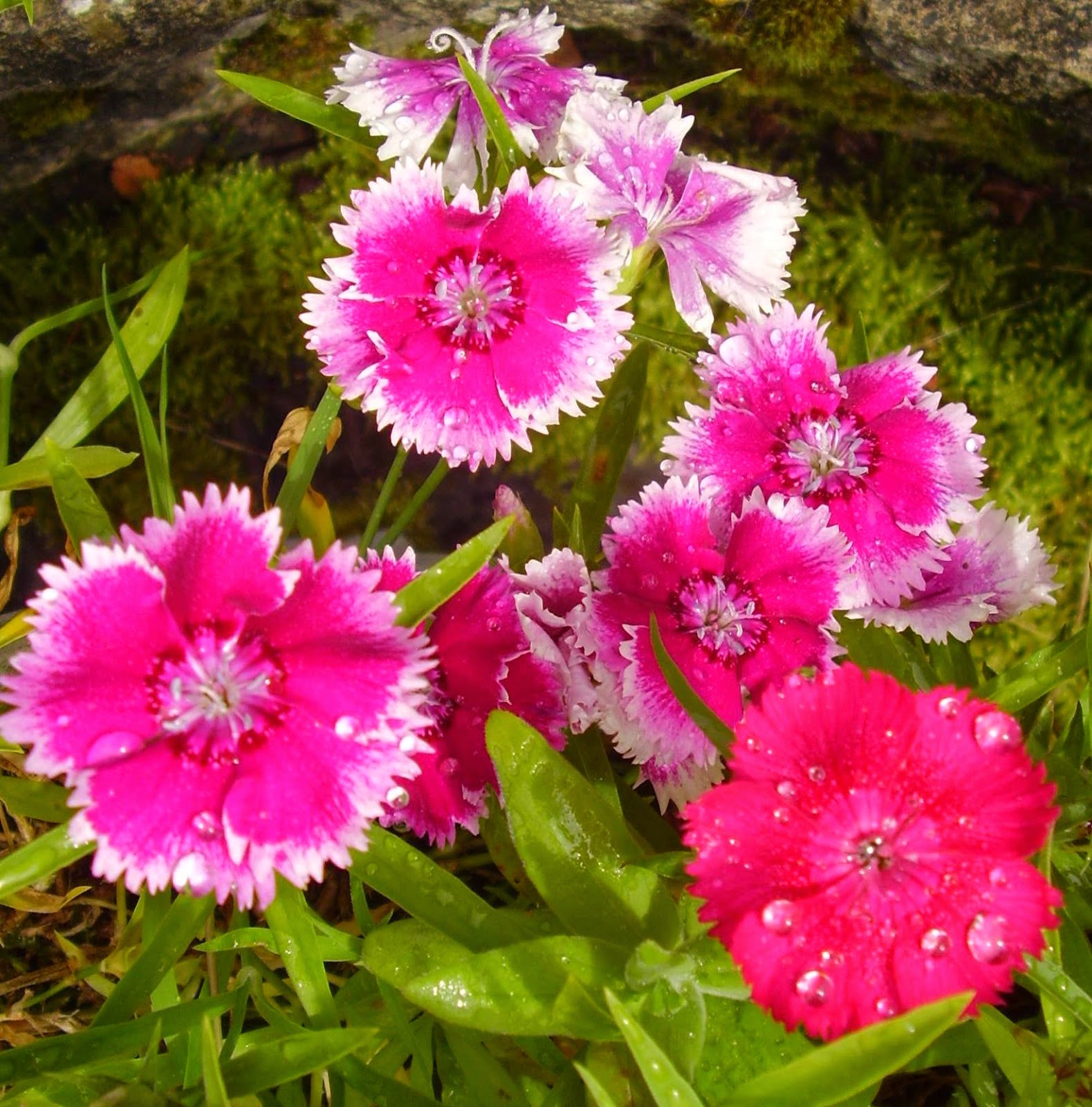 As for the finish mentioned I have completed the Love Hearts piece I started last week and it is now ready to go off to the Guild (previous Post) along with the 2 needle-books.
I found this nice red fabric which I used to back the Redwork and cut a piece large enough to fold over to the front as an edging thus 'killing 2 birds with one stone' 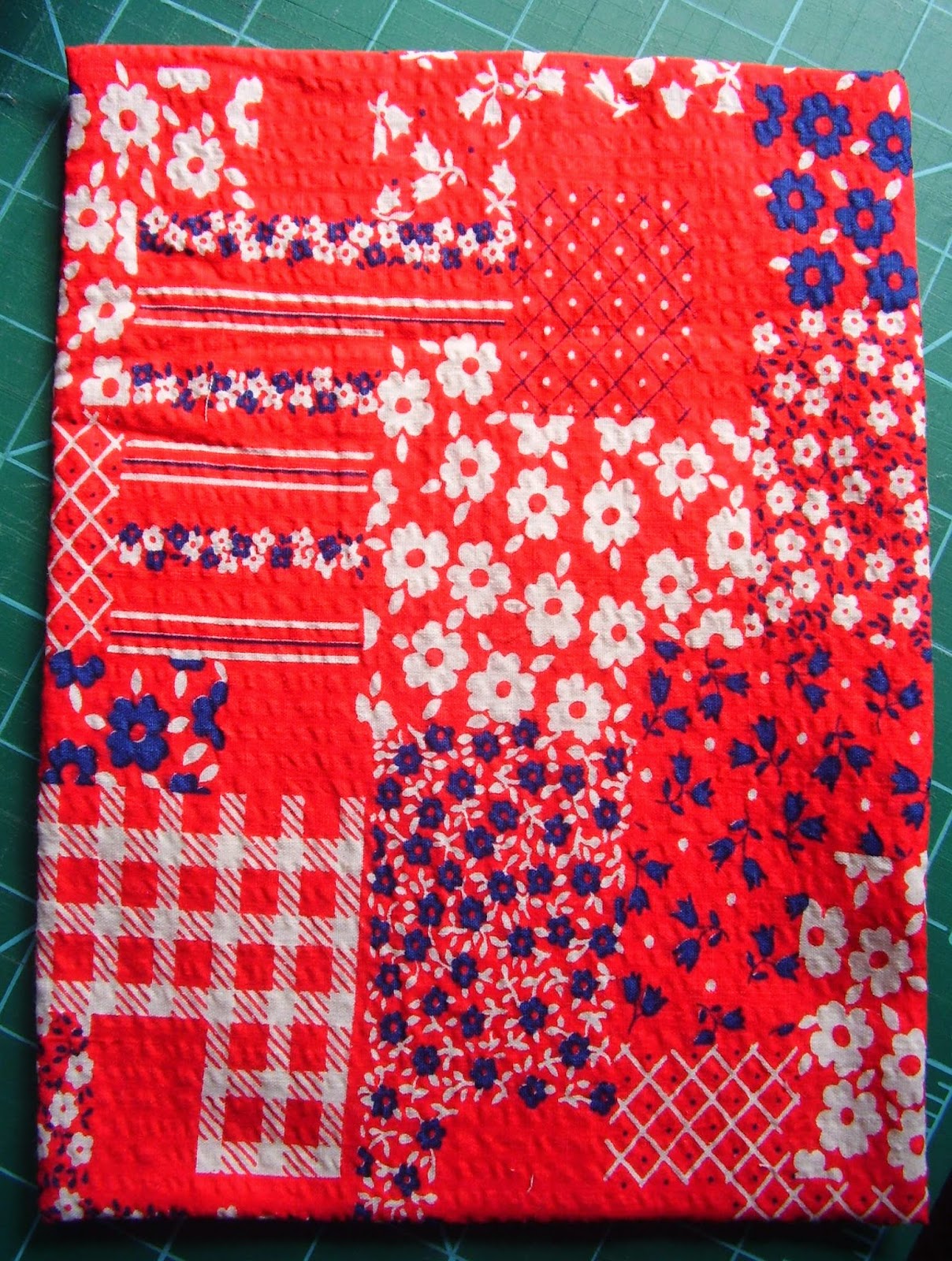 Here is the completed piece 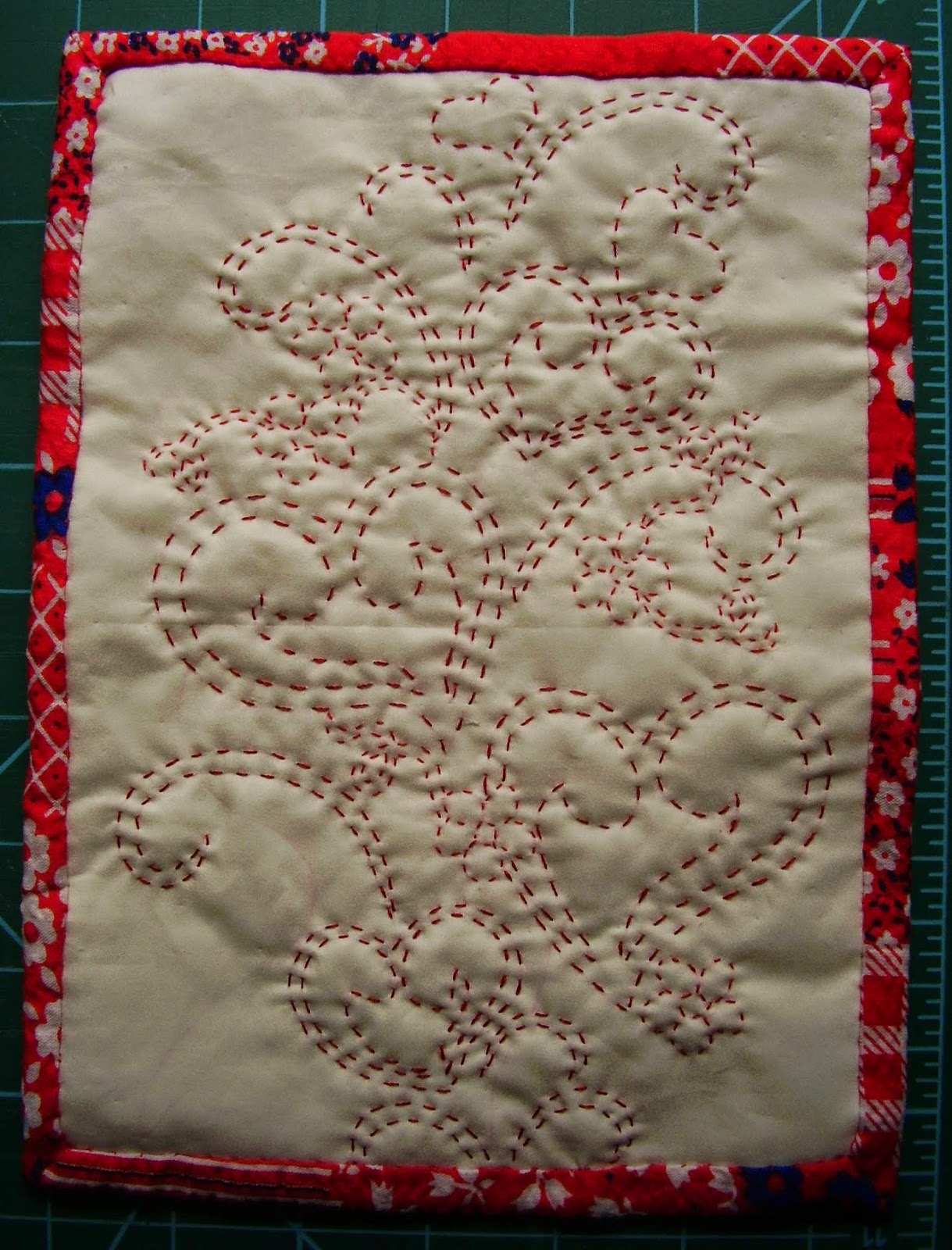 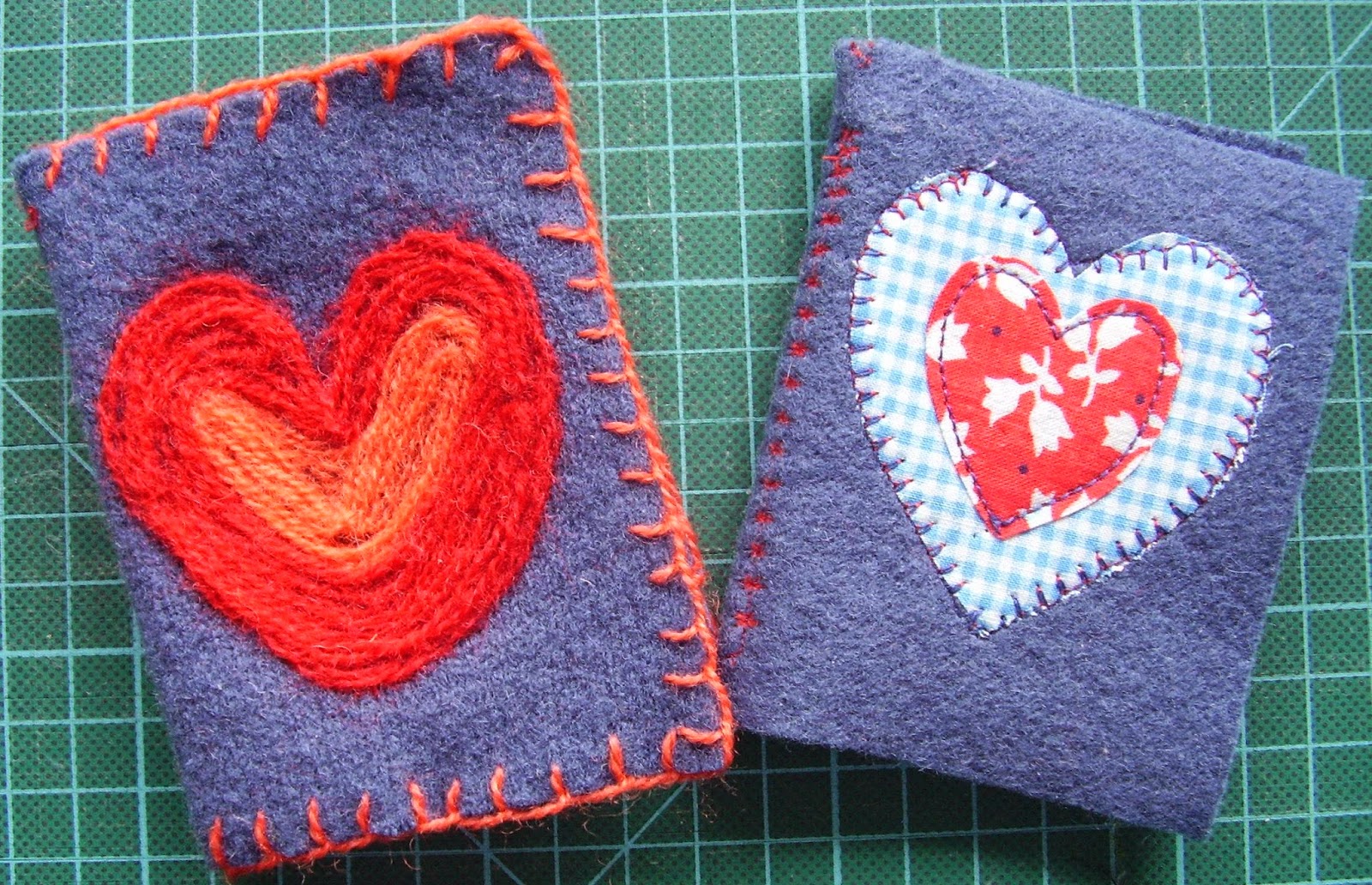 The swap I've joined is over at Amy Made That which I found while looking at some blogs on the Quilting Bloggers Directory which I pop into now and again. I shall be making a needle-case for my swap partner and perhaps I'll make a new friend too!
TTFN
Lx