A 'quilty' day out and a finish!

Tuesday was the day, the American Museum was the destination, I was picked up by Carys to travel via Bath to the Museum arriving around 11.45, after following some tricky road closure diversions.
We started in the Terrace restaurant with a nice cuppa and some 'heavenly' cookies, and met up with the others before heading off to the Quilt Room to sew. Once settled we all produced our sewing, all but 2 of us were working on our 'Sheep' pictures, with Carys hand quilting and Gaynor who was stitching some Sashiko panels. One of the Guides informed us that a coach party from Bridgewater was due in later so we quickly worked out a lunch rota to ensure there would be someone stitching when they arrived.
and after admiring the view we quickly fell to stitching and chatting with visitors (I was very impressed with the number of Menfolk who popped in!) Later in the day we spoke with a lovely lady all the way from Melbourne, Australia who said she had just begun quilting.
I got all of my sheep onto the background and think they look quite cute... 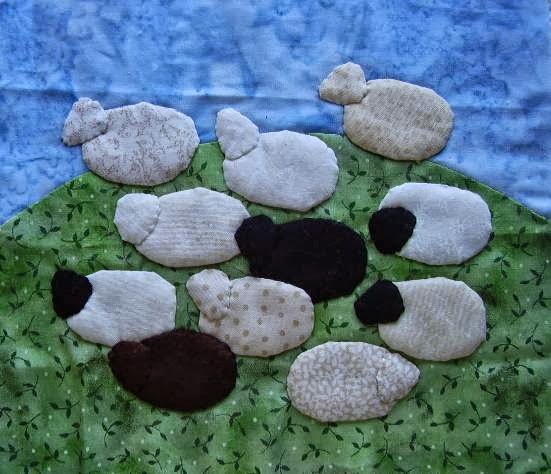 I now have to embroider all the features like legs, ears, eyes, some flowers on the grass plus some quilted clouds.
When I got home I came to the workroom to stow away my bits and bobs, the sun was just beginning to set over the houses at the back of the house, I love sunsets and they are just as beautiful at this time of year as any other what do you think? I like the way It forms a silhouette of the houses as it dips lower in the sky
Other news on the sewing front, the Crazy panel is done, I decided that less is probably more in this instant, I added some French knots to the Pistil stitch, 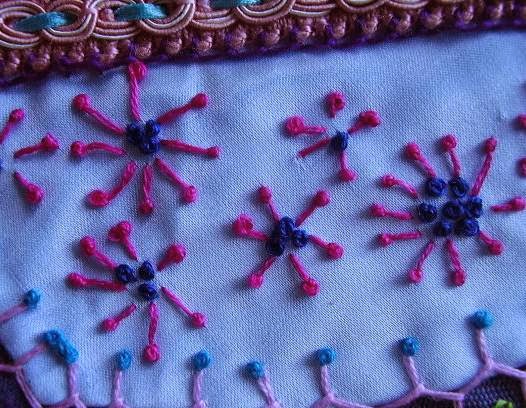 decided to leave the larger white flower on the Blue Brocade 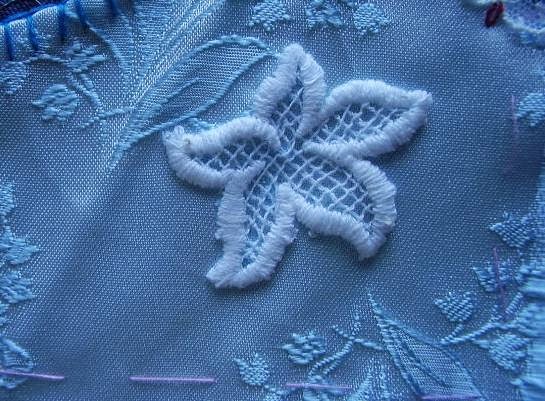 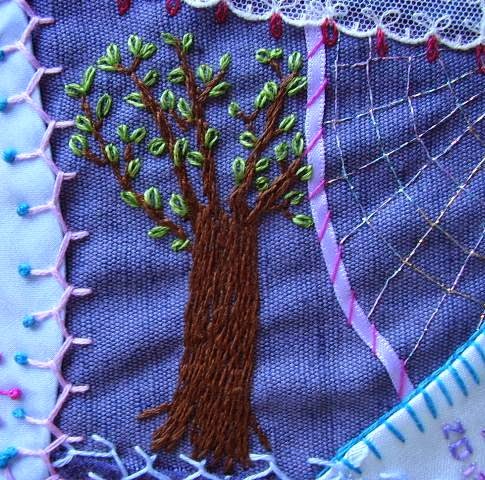 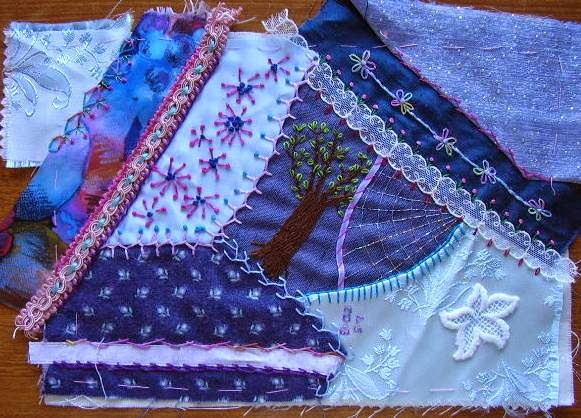 Just the edges to trim but I'm still undecided what to use it for though.
Well that's enough from me for today, I'll be back soon with an invitiation....
Bye for now
Lorraine
Posted by Lorraine at 16:54 4 comments:

Hello All!
I have finally surfaced from all the jollities over at Severn Valley HQ, and what a time we had, Saturday 21st September saw 23 members attending an all day workshop and dinner at Thornbury Golf Centre, I forgot my camera so I 'borrowed' these pictures from their website.
You can get an idea of the beautiful views we had all day and into the evening. We ate dinner in this room you can see it at the very end of the first photo.

I succumbed and bought a copy of her book which she very kindly signed for me. 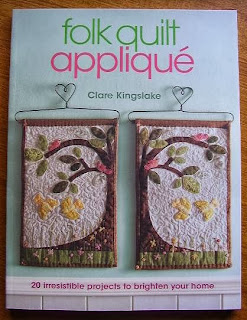 I had chosen 'the sheep'! I love the way they take on character depending on the position of the heads etc,

On Wednesday 25th September we held a Members Past & Present social event as our monthly meeting , we were delighted to welcome more than 20 past members some from way back in the early days (including the lovely (and famous) Sandie Lush) and around the same number of present members, among the visitors there were 2 founder members and no less than 8 previous chairpersons at the gathering. The cake was amazing (again my camera was obvious by it's absence!!- Doh! must try harder) but as soon as I can get my hands on some 'piccy's' you will be the first to see them.
In the 2 weeks since all this happened I have sort of 'crashed' apart from some knitting and some hand sewing, (of course)  I've done most of the embroidery on the Victorian piece I started at WPQ