Well folks
I made it here at last, I just don't know where the days have gone this month. Not much sewing done I'm afraid but quite a bit of early morning knitting during some quiet time before DH wakes - I finished my gloves which I LOVE! and I'm now making another pair, I've forgotten to photo the completed pair but I'll show you next time, I spent a couple of night at DD's who had a hospital appointment very early one morning so some baby was sitting required.
On 15th it was Clock Tower Quilters meeting where I was able to put the last bit of embroidery on my Sheep Picture... 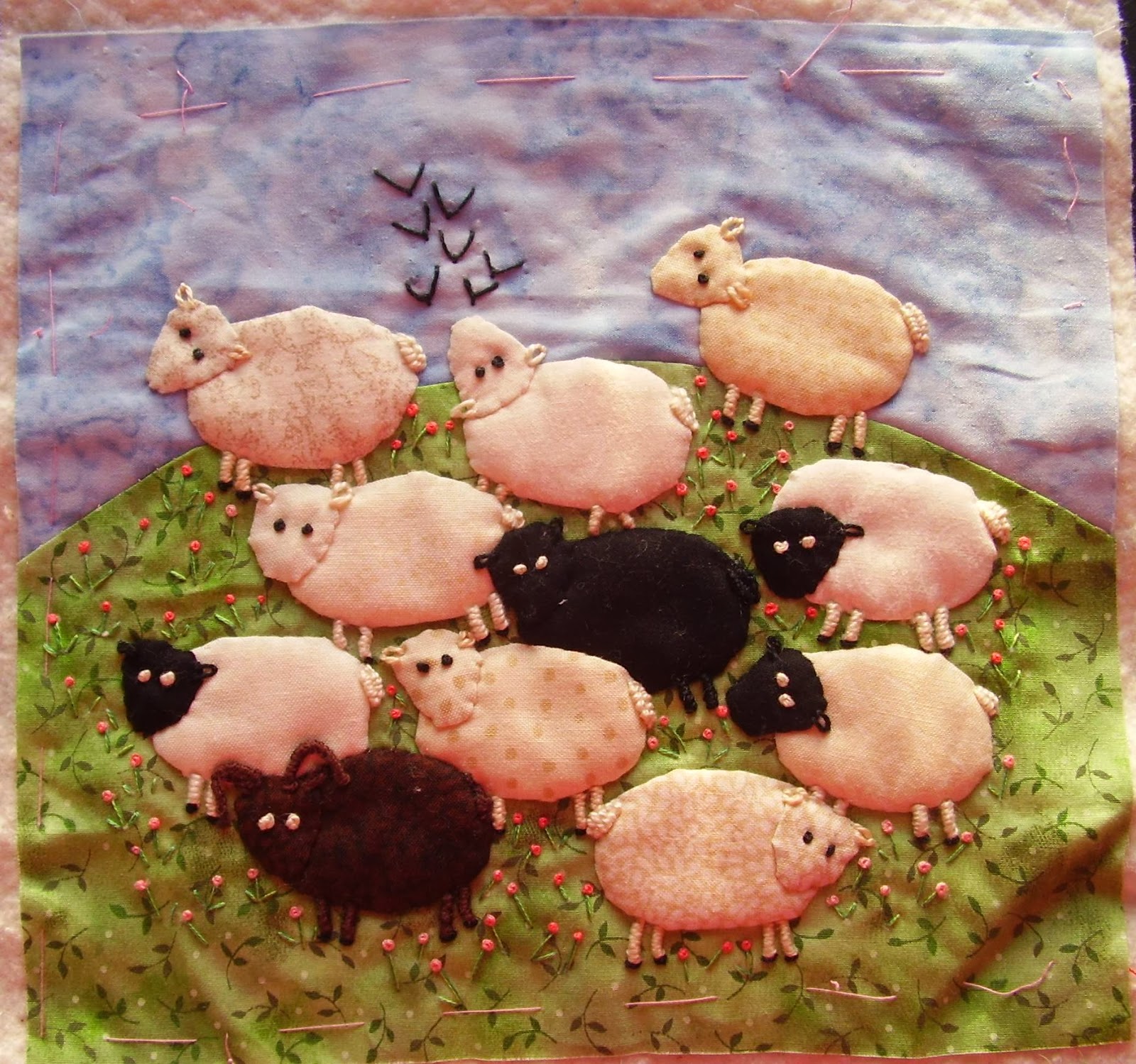 I added some fly stitch to represent Crows flying over and stitched some horns on the brown one which I thought looked a bit like a Hebridean sheep, then I went to town with some straight stitch and french knots for the flowers in the grass. 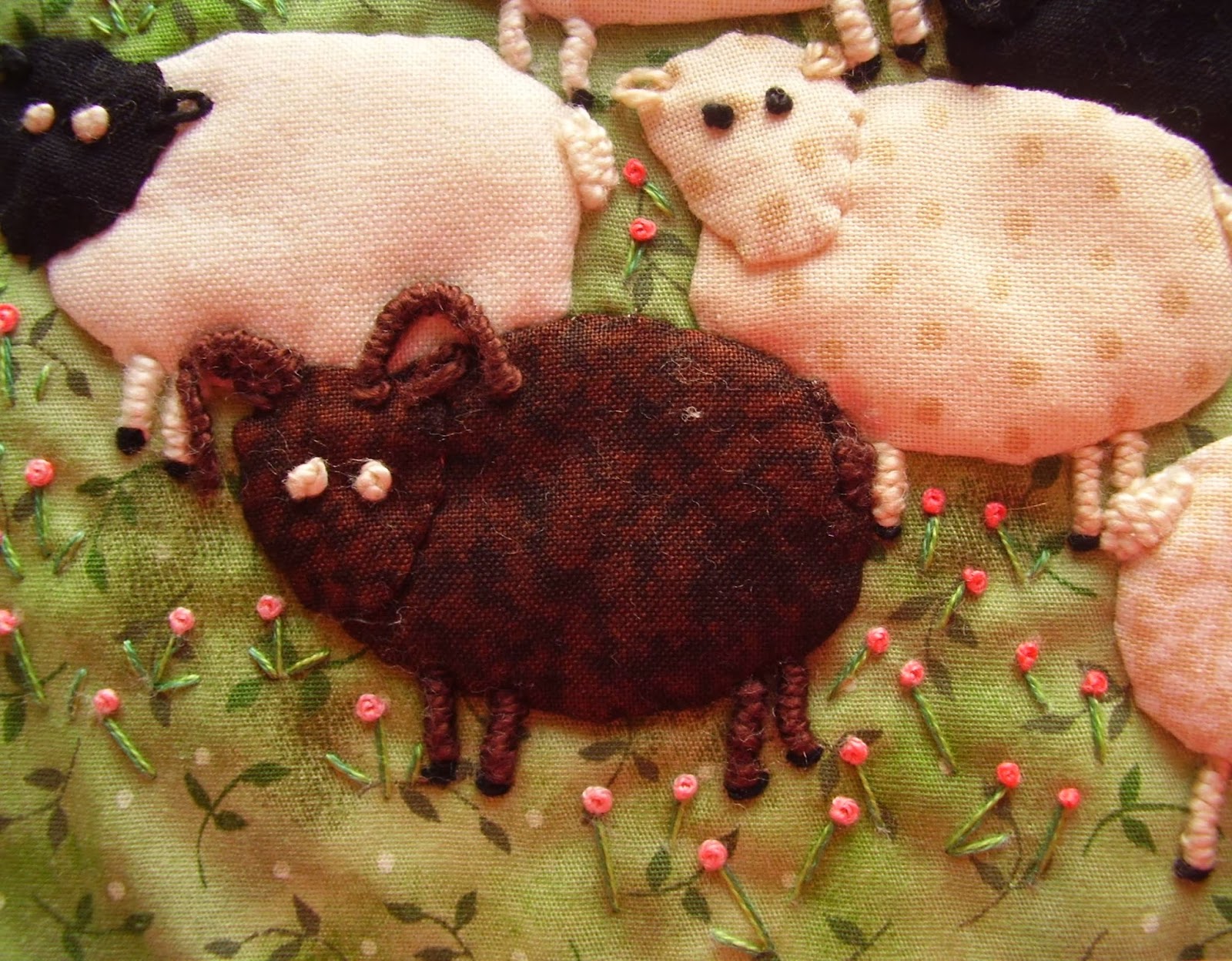 I plan to put it in a box frame as reccomended by Claire Kingslake who taught the workshop so I can hang it up.
Then suddenly it was all systems go in the run up to Severn Valley Quilters bi-annual Quilt show on the 20th/21st. We set up on Friday morning

and opened for 'business' at 2pm, with 20 minutes to spare Pheww!!!  Already several people were waiting to come in and by close of day at 5pm we had had over 100 people through the door. Opening again on Saturday at 10 it was pretty much the same story and by 4pm we'd had another 150 people in, some of whom had traveled quite distance to be there, which is very rewarding. Here is a small sample of the quilts on show.
There were of course many many more including over 30 Charity quilts which have been made by our members during the last 9 months to be given to children of all ages at a Deaf Blind school in Bristol where many of the children have other life limiting problems. they have promised to send us some photos of the quilts with the recipients when they are handed out which I am dying to see.
Tonight it's S.V.Q's monthly meeting so as Chairman I will have lots of votes of  thanks to hand out to all who helped, before our workshop on making Felted Bead Necklaces with Sue Wakefield.
So that's all for today, see you all again soon
Lorraine x